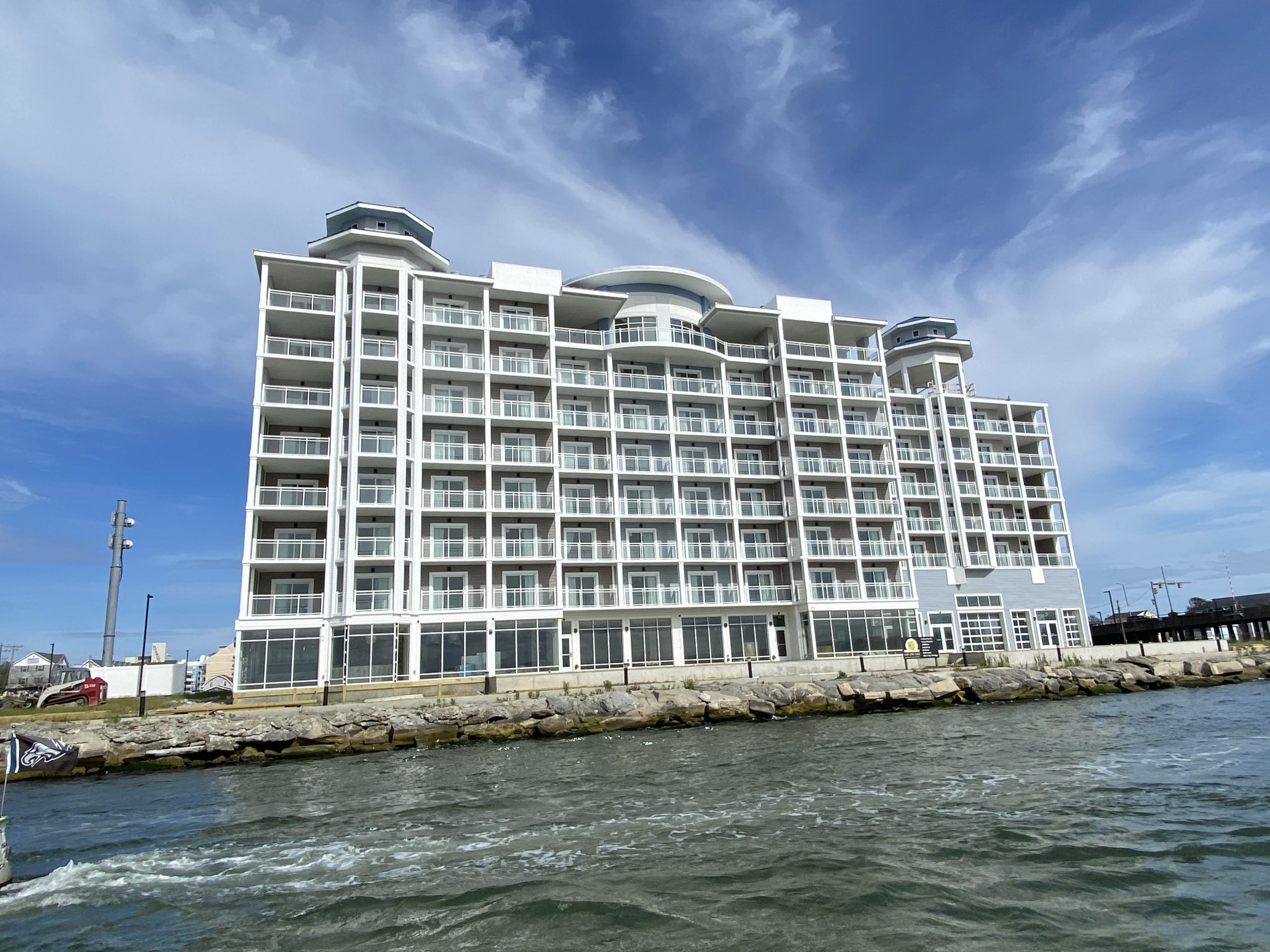 Fisher Architecture LLC, a locally owned, experienced architectural firm providing functional design and construction solutions to clients, announced it has been awarded the New Construction Award for the Cambria Hotel at Cropper’s Landing on the site of the former Cropper concrete plant just north of the Route 50 Bridge. When the Ocean City Planning and Zoning Commission approved the site plan for the reconfigured hotel, it allowed for the development to be moved from a north-south alignment to the center of the property. This helped expand the number of rooms, reduced the impacts on neighboring properties and on the downtown view. It also significantly minimized the square footage of lot coverage. This is Fisher Architecture’s fourth OCDC award. In 2015 they were awarded the “New Residential” award for Island View Townhomes on 5th Street in Ocean City and in 2014 they were awarded the “Facade Project” for the Marina Deck at 306 Dorchester Street; as well as “Business Assistance Project” for DeLazy Lizard Brew Pub on 25 Philadelphia Avenue.

The OCDC appreciates the cooperation of the Cambria Hotel owners and its architectural firm, Fisher Architecture, during the planning and construction phase of this attractive hotel project. In addition to bringing a new amenity to the downtown area, the large fiscal impact of this new project in terms of increased property taxes, room taxes, and employment opportunities will benefit all of Ocean City and Worcester County.

We are honored to be recognized by OCDC. The unique coastal design of the Cambria Hotel highlights the local style and culture of one of our favorite beach towns. We know the experience visitors have at the Cambria will bring them back year after year.

Let us build your next project